SNA & Co., is a talented and highly motivated team, dedicated to achieve our mission. Apart from the Partners, our team consists of Associates, Audit Executives, Trainees and Administrative and Support Personnel. 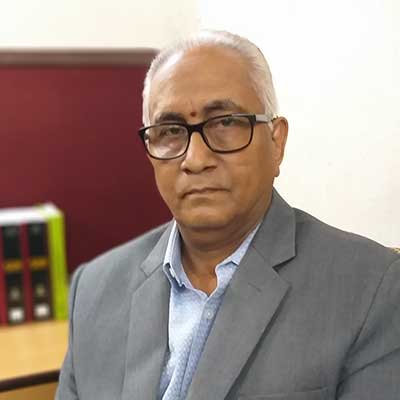 S. N. Ananthasubramanian, 67, is a Bachelor of Commerce (Hons.) and a Fellow Member of the Institute of Company Secretaries of India (ICSI). Ananthasubramanian was President-ICSI in 2013 and has contributed significantly towards the development and promotion of the profession of Company Secretaries during his fourteen year long association.
Ananthasubramanian as Chairman, Centre for Corporate Governance, Research and Training, Navi Mumbai, facilitated the launch of several initiatives such as Residential MSOP for students, tie-ups with Symbiosis Institute of Business Management, Pune, IIM-Indore, Directors Training Programs for PSBs etc., and enabled its turnaround.
Ananthasubramanian as Chairman, WIRC Premises Committee facilitated in the acquisition and renovation of Flats 57 and 58 at Jolly Maker Chambers II, Nariman Point, Mumbai, which was inaugurated in 2013.
Ananthasubramanian is the founder member of Thane Chapter of Western India Regional Council of ICSI, formed in 2003 and has contributed towards the development of the Chapter. Ananthasubramanian also facilitated in the acquisition of the Chapter premises in Thane which was inaugurated in 2013....
Among many accomplishments to his recognition and credit was his pioneering contribution in the introduction of Diligence Report by Reserve Bank of India in 2008 in respect of multiple-banking consortium arrangements by all commercial banks in the country. He was also a Special invitee to the meetings of the Task Force set up by ICSI to review and revise the Diligence Report during 2017 and to the meetings of the Core Group set up by ICSI in 2018 in preparing the ICSI Guidance Note on Diligence Report for Governance in Banks.
During his tenure, ICSI introduced online payment/ service delivery system for students as also initiated the concept of OMR in foundation examination. Ananthasubramanian has contributed in the review of syllabus for executive/ professional examinations besides facilitating the introduction of electives in Banking, Insurance, Capital Markets etc., in professional examination.
Ananthasubramanian also facilitated ICSI's tie-up with National Institute of Securities Markets (NISM), Indian Institute of Banking and Finance (IIBF) and Insurance Institute of India (III) leading to launch of certificate courses for development of compliance professionals. Ananthasubramanian also contributed in the introduction of a Certificate to be issued to the Stock Exchanges by a Practising Company Secretary upon the closure of an IPO in the SME segment.
He represented ICSI in meetings of Corporate Secretaries International Association (CSIA) held overseas; contributed towards the holding of the 02nd International Conference of CSIA in India and is a speaker on governance in seminars, workshops, conferences. A governance professional having been a strong votary of good governance practices in all spheres of corporate/ social endeavour, he introduced Guidelines for Good Council Practices in ICSI; anchored the debate at the ICSI National Awards for Excellence in Corporate Governance in 2009 and has attended the Training of Trainers (TOT) on Corporate Governance organised by the Global Corporate Governance Forum, IFC, Washington (World Bank Group).
Ananthasubramanian is empanelled as an Arbitrator to hear investor disputes in BSE and NSE and is also empanelled on the Panel of Experts as Mediator / Conciliator by the Ministry of Corporate Affairs. Ananthasubramanian was a member of the Committee constituted by SEBI and IBBI for facilitating listed companies under the Insolvency & Bankruptcy Code.
Ananthasubramanian has been nominated by the Council of ICSI in 2019 as member of the Core Group on Secretarial Audit.
Ananthasubramanian is a prolific writer whose views have appeared in leading newspapers in the country.
“Ananthasubramanian has over four decades of rich experience and is driving the firm’s mission of working towards promotion of a culture of compliance and adoption of Best Governance Practices.” 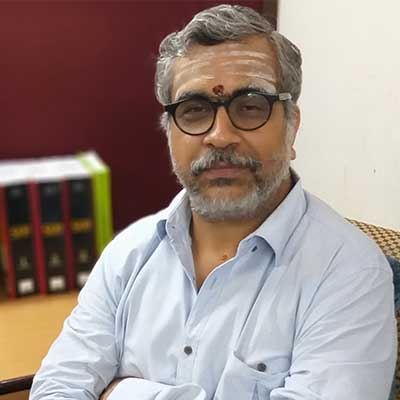 S. N. Viswanathan, is a Science Graduate majoring in Statistics and an Associate Member of ICSI. He holds a Diploma in Computer Software Techniques from University of Mumbai and is also a certified Corporate Social Responsibility (CSR) Professional from ICSI.
SNV is a self-motivated and resourceful individual with more than 25 years of rich experience in providing advisory and consultancy support to large corporates including public sector banks in their secretarial functions and governance needs; with a proven ability to develop and strengthen management teams in order to maximise work efficiency. SNV is actively involved in day-to-day affairs with a particular emphasis on quality of service and business development.
He possesses excellent communication skills, is a strong team builder and is able to establish long-term sustainable relationships with stakeholders. He participates in in-house knowledge sessions and uses his excellent mentoring skills in grooming team members.
SNV also serves as an Independent Director and Non-Executive Director on the Boards of Public and Private Limited Companies. 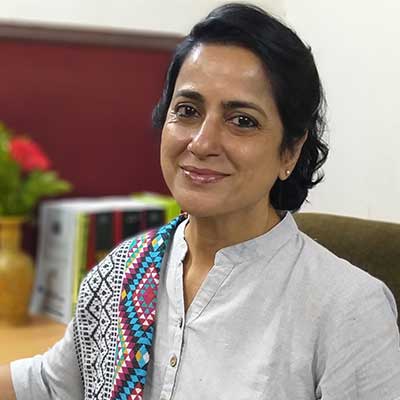 Malati Kumar, 61, is a Commerce Graduate and an Associate Member of ICSI. She is in practice since 2013; prior to joining SNA & Co., she has been a part of various Companies including multinationals, working extensively in accounting, commercial and secretarial functions.
Malati has over three decades of industry experience and is also a faculty member/ Judge/ Moderator in seminars/ programmes organized by the Western India Regional Council of ICSI and the Centre for Corporate Governance Research & Training of ICSI.
Malati has streamlined internal processes and created a framework for good administration and execution of assignments. Apart from conducting Secretarial Audit, Malati has been part of the Audit Team conducting audits of Registrar and Transfer Agents as part of various SEBI requirements. She is involved in certifications and attestations to corporates including insurance companies and also to listed entities as per SEBI Regulations and provides guidance / opinions on provisions of the Companies Act and rules as well as Banking laws.
Malati also acts as a Scrutinizer for General/ Class Meetings, Postal Ballots etc. and actively participates in in-house knowledge sessions in order to constantly upgrade professional competence and skills and improve the level of confidence to meet ever-changing demands on the profession. 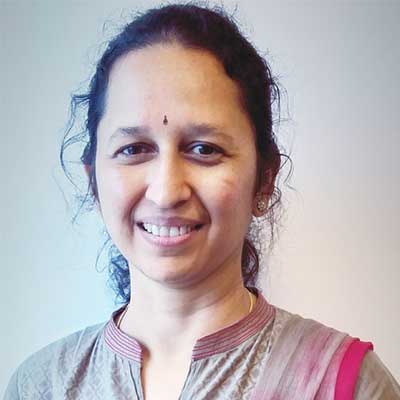 Aparna Gadgil, 47, is a Commerce Graduate, an Associate Member of ICSI and has cleared final examination of the Institute of Cost Accountants of India. She also holds Series II-A certification from National Institute of Securities Markets.
Aparna has over 17 years of experience and is in practice since 2009 having exposure in among other things conducting Secretarial Audit, Due Diligence, compliance of corporate laws by public and private limited Companies, preparing and analyzing cost sheet for effective cost management, Diligence Report for Banks, Open offers etc.
Aparna was a part of ICSI’s Task Force on Diligence Report for Lending under Consortium Arrangement/ Multiple Banking Arrangements constituted during 2017 to study in detail the utility of various elements of the Diligence Report and suggest suitable modifications/ additions. She was also a part of the Core Group constituted by ICSI for formulating Guidance on Diligence Report on Governance for Banks.
Aparna also acts as a Scrutinizer for General/ Class Meetings, Postal Ballots etc. She actively participates in conferences, seminars, study circle meetings etc. organised by ICSI as well as in in-house knowledge sessions in order to constantly upgrade professional competence and skills and improve the level of confidence to meet ever-changing demands on the profession. 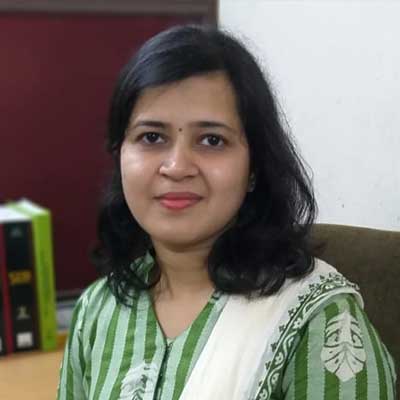 Ashwini Vartak, 38, is Commerce and Law Graduate and an Associate Member of ICSI who also holds Series II-A certification from National Institute of Securities Markets and a Diploma in Cyber Law from Asian School of Cyber Laws, Pune.
Ashwini joined us in 2012 became an Associate in 2016 and a Partner in 2018 and has an experience of more than 8 years.
She has successfully handled challenging assignments like identifying areas of Conflict of Interest in a Stock Exchange and Corporate Governance Audits and is actively involved in Secretarial Audits, Due Diligence, Incorporation of Companies, Buy-back of Shares, Compounding applications with NCLT including representing clients thereat, acting as Scrutinizer for General/ Class Meetings, Postal Ballots etc.
She actively participates in conferences, seminars, study circle meetings etc. organised by ICSI as well as in in-house knowledge sessions in order to constantly upgrade professional competence and skills and improve the level of confidence to meet ever-changing demands on the profession.

The contents on the website are true to the best of our knowledge and belief and are in conformity with ICSI’s Guidelines for Advertisement by Company Secretary in Practice, as amended